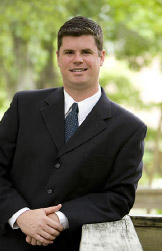 Dan then accepted a position at Baxter & Woodman Consulting Engineers in Crystal Lake, Illinois.  This firm provides municipalities with full service water and wastewater treatment engineering as well as transportation engineering.  Dan’s responsibilities included the schematic planning of water and wastewater treatment plant structures, final design and preparation of structural construction drawings for the various process structures.  In addition, Dan was involved in the preparation of requests for proposals (RFP’s) for other municipal projects such as water tower refurbishing and bridge inspection.

Dan left the Midwest to come to Jacksonville, Florida to work for the large design build firm, The Haskell Company.  His duties included the schematic design, final design, and preparation of structural construction drawings for a variety of structures from club houses to large distribution centers to sophisticated manufacturing plants. Dan worked very closely with other engineering disciplines as well as construction personnel and various fabricators to develop designs that ensured the best value based on client needs often employing creative solutions to realize hidden economies.

Dan, along with partner Nadeem Zebouni, formed Structures International, LLC in 2001.  Structures International, LLC is a full service structural engineering firm providing professional engineering services for a broad range of industries.  Dan is the structural engineer of record for many noteworthy projects including the South End Zone Expansion of the NFL Jaguars’ Alltel Stadium which was done in preparation for the Superbowl in 2005.

In addition to designing structures, Dan created an engineering software program that calculates wind pressures on components in cladding in conformance with both the Florida Building Code and International Building Code. 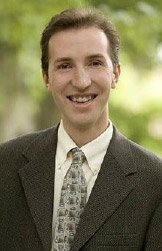 Mike began his career as a structural engineer intern with the design-build firm, The Haskell Company, in Jacksonville, Florida in 2001.  His responsibilities consisted of the design, analysis, and production of structural construction drawings for a variety of projects ranging from schools and hospitals to assisted living communities to multistory commercial and parking structures.  He was also involved with the development of several projects for the United States Navy as well as the Oakridge National Laboratory.

Mike left The Haskell Company in 2002 to join Structures International, LLC.  He has continued to apply his extensive knowledge of various structural systems and building materials including structural steel, light gauge steel, precast and prestressed concrete, reinforced masonry, and wood.  His portfolio of work has expanded to include luxury oceanfront homes, multilevel commercial buildings and condominiums, distribution centers, and heavy industrial facilities.

Mike is also OSHA 30 certified in the construction industry. 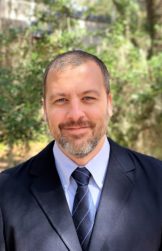 John Grady earned a Bachelor of Science in Civil Engineering degree from Ohio University with a concentration in Structures.  He has completed both civil and structural professional engineering examinations and is a licensed Professional Engineer in ten states. John is also a certified Model Law Structural Engineer (MLSE) by the National Council of Examiners for Engineering and Surveying.